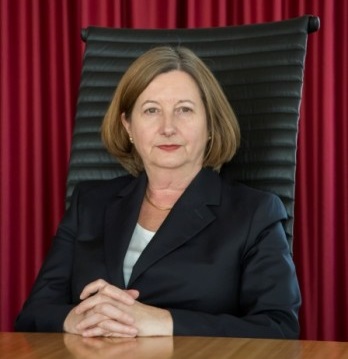 On 10 December 2015, the International Criminal Court joins the rest of the world in marking Human Rights Day, which commemorates the adoption of the Universal Declaration of Human Rights 67 years ago.

Justice systems and courts play an important role in ensuring the enjoyment of human rights worldwide.

Access to impartial, independent justice and the right to an effective remedy are integral elements of human rights, as well as a precondition for the effective protection of other rights and freedoms, as reflected in the Universal Declaration and numerous other human rights instruments.

The International Criminal Court plays a vital role in the international system of the rule of law. It is a court of last resort that can provide an effective remedy for the most serious international crimes when national jurisdictions are unable or unwilling to do so. Independence, impartiality and fair proceedings are cornerstones of the Court's work at all stages.

Under the Rome Statute, the Court goes to unprecedented lengths to ensure that victims can participate effectively in its proceedings and can apply for reparations for the harm they have suffered as a consequence of the crimes committed.

At the same time, the broader Rome Statute system of international criminal justice promotes the strengthening of national jurisdictions under the principle of complementarity, which recognizes the primary right and responsibility of domestic courts to address genocide, crimes against humanity and war crimes.

The fundamental importance of access to justice was recently reiterated in the 2030 Agenda for Sustainable Development, adopted in September this year by the United Nations. Goal 16 of the Agenda formulates a commitment to "promote peaceful and inclusive societies for sustainable development, provide access to justice for all and build effective, accountable and inclusive institutions at all levels", and further addresses the need to reduce and prevent violence and to promote the rule of law at the national and international levels.

The International Criminal Court and the broader Rome Statute system are making important contributions to these goals by addressing some of the most serious human rights violations through criminal prosecution as well as measures for the benefit of victims.

However, the International Criminal Court does not have the power to intervene in every situation where core international crimes may have been committed. While 123 States have voluntarily joined the Rome Statute, granting the ICC jurisdiction over crimes committed on their territory or by their nationals, more than 70 States remain outside the Court's jurisdiction.

On this Human Rights Day, I invite all States to join the Rome Statute if they have not done so, and I invite all States to support the Court as well as to further strengthen their national jurisdictions. Without independent and impartial tribunals there cannot be equal access to justice, effective remedies or strong deterrence of future crimes.