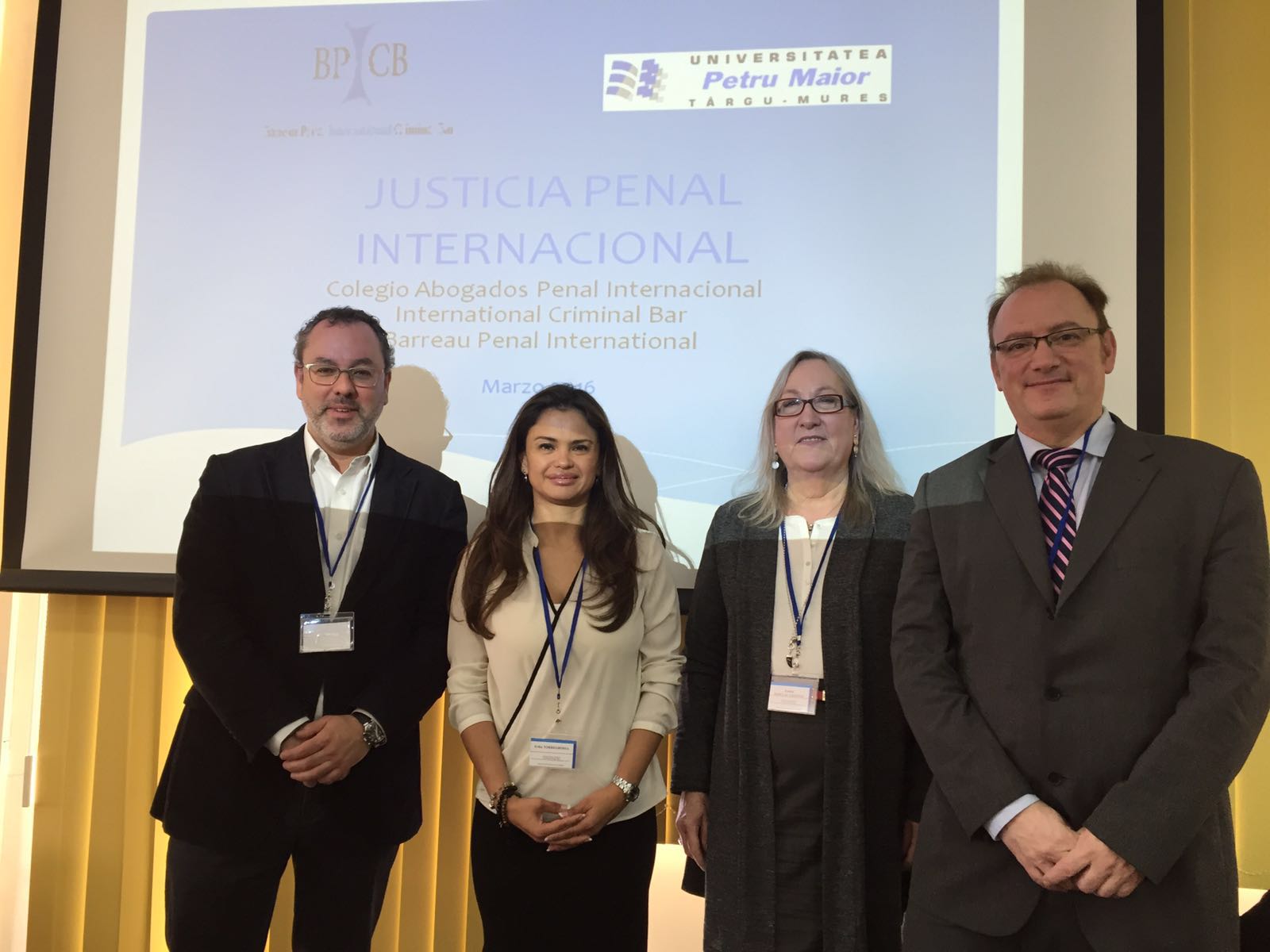 SEMINAR “Safeguarding Human Rights while Countering Terrorism and Facing Mass Immigration in EU” A major problem as in the recent years the measures adopted by states to counter terrorism have themselves often posed serious challenges to human rights and the rule of law, as well as the “mass immigration” that EU is facing.

On 18 and 19 March this year the member and Treasurer of the General Council of the BPI-ICB CAPI, Joaquim Pelegrin, as well as other members of the BPI-ICB CAPI and the Committee on International Criminal Justice ICAB, Erika Torregrossa, Javier García Mallol and Eulalia Pascual attended on behalf of the Bar Association of Barcelona and BPI-ICB CAPI in Tirgu-Mures, Romania at the seminar organized by the University of Petru Maior and BPI-ICB CAPI, entitled "tHE réévaluation DES HOMME DANS L'droits de la lutte contre le terrorisme EN MASSE ET L'IMMIGRATION L'ENVERS EU ".

With the guidance of a lawyer and member of the Council Draghos Chilea and assistance of lawyers, lawyers and from various countries academia, such as Jacqueline MORAND - Deviller, Honorary Dean of the University of Sorbonne - Paris, Draghos chile, lawyer BPI-ICB CAPIq2 and dean of the University of Konstanz, Spyridon Vlachopoulos, University of Athens, or the boar Ali, Bahraini lawyer, was discussed the measures taken by the States of the European Union to combat terrorism. It was suggested that the measures in question often posed serious challenges to human rights and the rule of law. On the other hand, the management of "Mass immigration" facing the EU must safeguard minimum standards included in the agreements and treaties signed by the Member States.

The members of Barcelona gave two lectures at the seminar to students of law and legal sciences at the University Petru Maior, Joaquim Pelegrin, on "Operation and challenges of the International Criminal Court," Erika Torregrossa on "Because terrorism is not within the jurisdiction of the International Criminal Court "and Eulalia Pascual" the law and human rights conventions as an instrument of stability in the dichotomy between security and human rights ". Some of the conclusions drawn were that violent acts related to terrorism that have taken place in recent years throughout the Western world, have caused security to be the maximum value to be protected by the western states. The terrorist attacks by extremist groups have led to the enactment of laws and repressive counter-terrorism measures raise in conjunction with the social alarm that cause these attacks. Governments talk about the dichotomy between freedom and security as one of the key points that should turn much of their policies.