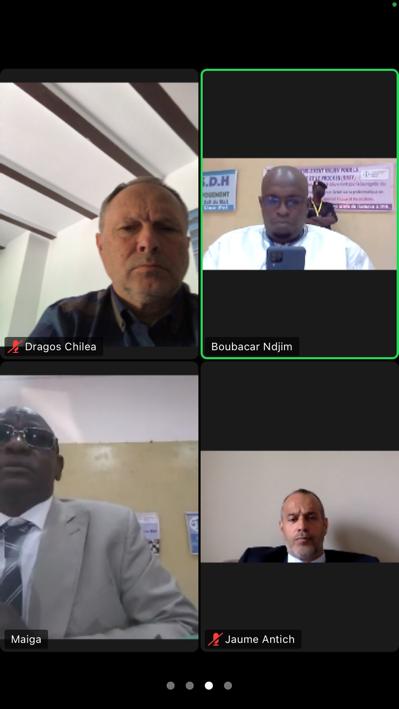 Concerning the participation of the ICB in the Conference organised on

and President of the Movement for the Preservation of Human Rights and M.

Progress, some of ICB members participated online in this event. On this occasion,

the President of the ICB, Prof. Univ. Dr. Dragoș CHILEA made a statement that was

President of the ICB, M. Abouba Ali MAIGA, who outlined the specific manners in

the other African States.

Also participated in the conference other members of the ICB, of whom we

Mădălina Botină, ombudsman for Constanța, member of the ICB.