International Criminal Justice Day is celebrated on 17 July. This is an issue in which the role of the lawyer is fundamental.

On this occasion some members of BPI participated on the 14th of July 2021, in the PANEL DISCUSSION - Advanced CNF accreditation request for lawyers training credits, through which the speakers tried to answer the following questions: Where are we with international justice? How have the International Criminal Court and international ad hoc courts responded to crimes against humanity and war crimes that have characterized atrocious social and inter-ethnic conflicts in recent decades? And what role does international justice play in the social recomposition of a community?

Av. Laura Guercio former Secretary General of the Interministerial Committee for Human Rights at the Italian Ministry of Foreign Affairs Italian Agent of the Management Board of the European Fundamental Rights Agency in Vienna - Member of the Council of the European Law Institute in Vienna 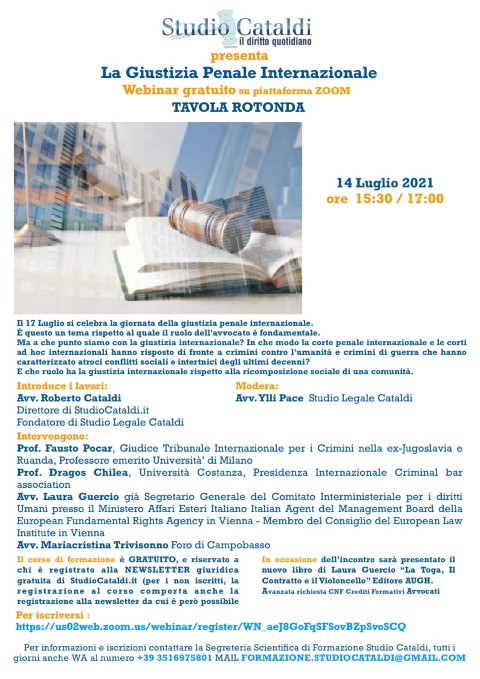