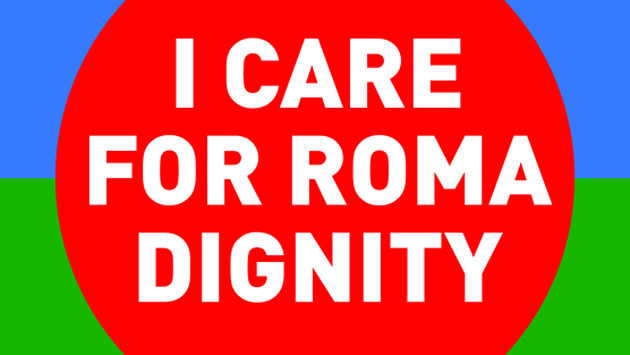 There were 30-odd delegates officially accredited to the 1971 Congress, but a great many more people attended, especially those visiting the festival associated with the congress in Hampstead. This first congress officially approved the use of the term "Roma" instead of "Gypsy" to refer to ethnic Roma.

The International Romani Union was founded in 1977 for the purpose of organizing the Second World Romani Congress, which was held in 1978 in Geneva (but was not recognized by the CIR). Many more people attended the 1978 Geneva Congress.

International Romani Day commemorates the day on which Romani people officially sealed their international cooperation and the Romani movement achieved an international sociopolitical dimension. On this day, those who celebrate it commemorate their common culture, language, origins, unity, work and, primarily, their "romipen" ("Romani-ness").

This year the main celebrations will take place in Brno and Prague. Several organizations have collaborated in both cities to organize celebrations.

In Prague a special program of celebrations will be realized combining entertainment, music, dance and song together with the symbolic display of respect (pat'iv) for significant Romani figures. In Brno this year's celebrations will take place on Svoboda Square as part of Romani Pride Week.

"International Romani Day, for many reasons, is one of the most important events of the year for me. The main reason is that Romani people unfortunately do not have much, and that is why Romani Day is something that every Romani person should use to remind them of something important, awareness of how big and colorful our nation is, how beautiful and interesting our culture is, and what we are able to achieve if we stick together," Jan Dužda has posted to Facebook.

"To be Romani, for me, is a great responsibility. The public follows every step I take very carefully, and I am determined to prove through my work that Romani people also know how to work and be hard-working. Personally I am very proud to be Romani," says the popular Jan Bendig.

Singer Erika Fečová says she wishes Romani people health, calm, safety and housing for their international holiday. "I would also like to ask that people support each other, that they tell each other how important they are, that they really love one another," she said.

At the Embassy of the Czech Republic in Washington, D.C. there will be an international conference focused on Romani integration on 8 April. The event will be attended by Czech Minister for Human Rights, Equal Opportunities and Legislation Jiří Dienstbier, Deputy Human Rights Minister Martina Štěpánková, and the Human Rights Minister's press spokesperson, Jarmila Balážová.

Dienstbier says the areas that are key to successful integration are education, employment, affordable housing, access to health care and services and the provision of effective protection against discrimination, as well as safe coexistence with others. He intends to speak at the congress about the necessity and need for providing Romani people with quality education.

"A significant milestone in the area of Romani integration was the recent adoption of an amendment to the Schools Act. The amendment introduces the principle of individual integration in education and explicitly mentions inclusion in the school system. One of the key aims of the amendment is improving disadvantaged children's access to mainstream education, in other words, halting the segregation of Romani children. Through specific support measures divided among a five-degree scale, the education of children with special needs will be provided in the mainstream primary schools," Dienstber said.

The flag was designed together with Dr. W. R. Rishi, a linguist and Romani studies scholar from the city of Chandigarh in India, where he later established the Indian Institute of Romani Studies before passing away on 1 December 2002. The flag is comprised of two parallel fields, the lower green one symbolizing Romani people's ties to nature and the upper blue one symbolizing the heavens, philosophy, spirituality, etc.

The wheel in the center of the flag, which covers both fields, symbolizes pilgrimage, traveling, and is based on the ancient Indian wheel of fate. It has 16 spokes, the bright red color of which corresponds to the first chakra, the element of Earth.

The international Romani anthem "Gelem, gelem" was set to a traditional Romani melody by the Romani musician and politician Jarko Jovanović of Belgrade, who lived for many years in Paris. It may also be of interest to know that Czech and Slovak Romani people have their own anthem, "Čhajori romani", which was composed in the Auschwitz concentration camp, and that Romani people in that part of the world did not adopt the international anthem until the 1990s.