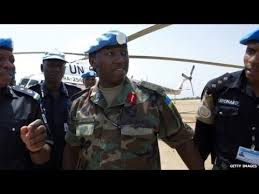 We, the families of the Spanish nationals who died violently in Rwanda and the Democratic Republic of Congo between 1994 and 2000: