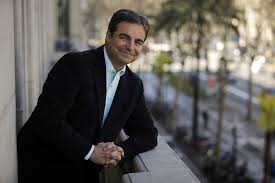 We attach the interview with Jordi Palou-Loverdos, a member of BPI-ICB ICB published in the Diari Ara.

Jordi Palou-Loverdos: "The UN has sought to judge and condemn the losers"

Barcelona lawyer Jordi Palou-Loverdos trying for years to families victims killed in the savage violence Rwandan find and receive justice, but as crimes committed in 1997 and 2000 have had no place in the jurisdiction of International Criminal Tribunal for Rwanda, and legislative change in Spain makes it difficult moment can prosecute those responsible, quoting the principles of international justice.