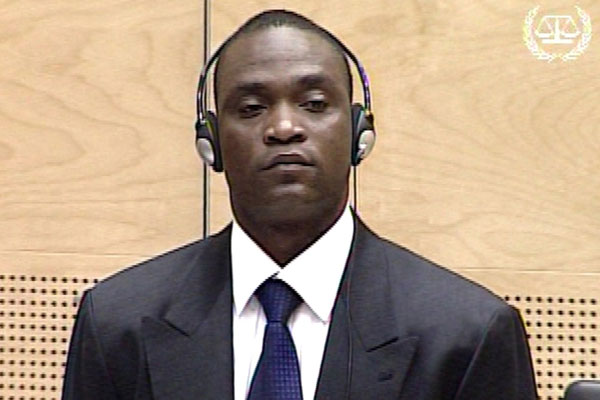 The Panel composed of Judges Piotr Hofmański, Presiding, Sanji Mmasenono Monageng and Christine Van den Wyngaert, conducted a review concerning the reduction of Mr Katanga's sentence pursuant to article 110 of the Rome Statute, which provides that "[w]hen the person has served two thirds of the sentence; […] the Court shall review the sentence to determine whether it should be reduced".

Germain Katanga was sentenced, on 23 May 2014, to a total of 12 years' imprisonment after being found guilty, as an accessory, of one count of crime against humanity (murder) and four counts of war crimes (murder, attacking a civilian population, destruction of property and pillaging) committed on 24 February 2003 during the attack on the village of Bogoro, in the Ituri district of the Democratic Republic of the Congo (DRC). The time spent by Mr Katanga in detention prior to being convicted was deducted from the sentence imposed. Accordingly, on 18 September 2015, Mr Katanga had served the statutory two-thirds of his sentence.

The Panel considered the parties' and participants' observations, and examined all factors set out in the Statute and the Rules of Procedure and Evidence. The Panel found the following factors to support a reduction in Mr Katanga's sentence: (i) an early and continuing willingness by Mr Katanga to cooperate with the Court in its investigations and prosecutions; (ii) a genuine dissociation from his crimes demonstrated by Mr Katanga's conduct while in detention; (iii) the prospect of resocialisation and successful resettlement of Mr Katanga; and (iv) a change in Mr Katanga's individual circumstances. In particular, the Panel found that Mr Katanga had "repeatedly and publically taken responsibility for the crimes for which he was convicted, as well as expressed regret for the harm caused to the victims by his actions". The Panel also considered that Mr Katanga's early release would give rise to some social instability in the DRC, but found no evidence to suggest that it would be of a significant level.

Taking into account the number of factors favouring a reduction in sentence and the extent of reduction that those factors supported, the three Judges concluded that it is appropriate to reduce Mr Katanga's sentence by 3 years and 8 months.

The reparations proceedings in this case are currently before Trial Chamber II and a decision on reparations for victims will be rendered in due course.