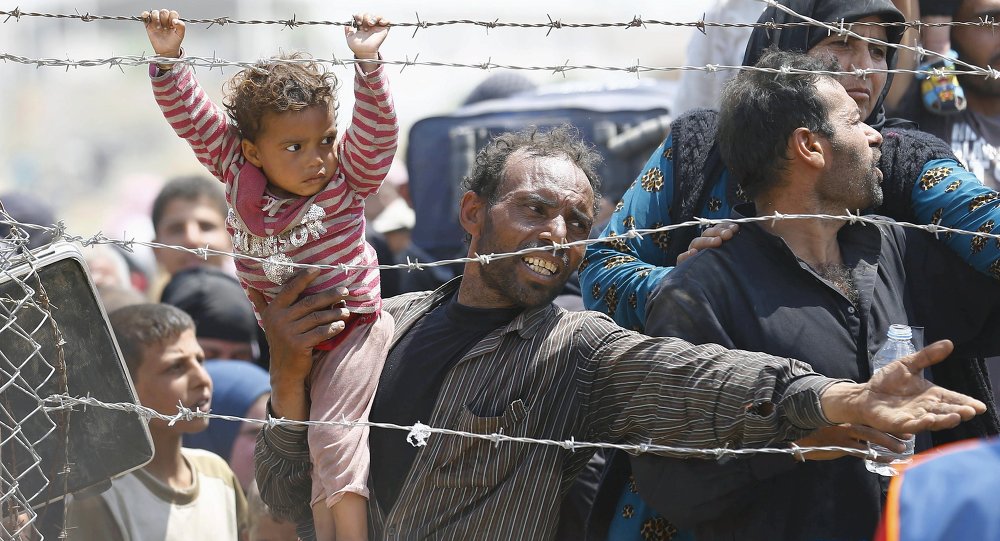 Many European leaders have not only failed to fulfill their moral responsibilities in full refugee crisis by putting electoral, economic or demographic protect the supreme value of life of those calculations. As well as, these leaders with their immigration policy walls, fees and “returns hot”, are skipping a bunch of laws that have promised to defend. Itziar Ruiz, a lawyer for Amnesty International, said that the European Union "violates international law obligations to protect refugees and non-refoulement". Araceli Mangas, expert in European Law, points out that in reality is not so much the EU but "member states, with the exception of Germany, who held positions intolerable".

Enrique Gimbernat, Spanish professor in criminal law, states that the failure of these treaties by the EU "is not a crime, because it is not defined as such", but that the Court of Human Rights in Strasbourg "could condemn states from particular cases of refugees whose asylum claim has not been studied and has been rejected without further along the border. And that, even after exhausting the national authorities. "

For example, yesterday, the Spanish president, Mr. Rajoy admitted to Ms. Merkel that Spain could host more refugees, but so far refuses to accept more than 2,739 people alleging a "saturation", however ridiculous it may seem the previous figure compared to the 800,000 that have received Germany at year end . The paradox is that the first breach of European partners is having avoided the use of the word "refugee" for months to not put up around the commitment to protect this figure implies. But even after starting to use the unmentionable word, is still in breach of these treaties:

European leaders are violating Article 14: "In case of persecution, everyone has the right to seek asylum, and to enjoy in other countries." In Europe this right is restricted to quota refugees, when not fully complied with the closure of borders to prevent their arrival. Some countries, like the UK, have announced that they will not accept any of the refugee crisis.

As in the previous case, many EU leaders do not respect this universal law letter 1951, of which Europe is a signatory. Items that are not met are the 'refugee status', that is, "a State protection offered to people who are not nationals and whose life or freedom are threatened by acts, threats and persecution by the authorities of another State ".

It is one of the letters over EU rights trampled. With this refugee crisis Articles 3, 13 and the 4th protocol was breached, but has been violated before. For example, Spain did when he drove 30 Saharawi asylum seekers in 2011. So ruled the European Court of Human Rights in Strasbourg. These 30 people arrived by boat to the Canary island of Fuerteventura from Gdeim Izik camp, 12 kilometers from El Aaiun (Western Sahara), which had been dismantled by Moroccan police.

The only failure 'positive' has been to Germany, this protocol stating that asylum seekers must remain in the country in which they are registered is skipped. Berlin has said it will address all applications wherever they come from. In the Syrian community in Spain, for example, they are celebrating. Almost all of them are posed to travel to Germany for its best conditions for asylum.

Charter of Fundamental Rights of the EU

This legally binding since the adoption of the Lisbon Treaty in 2009 letter is not respected in Article 9 ("Right of asylum") and Article 6 of the directive: "Obligation to register all applications for international protection that may arise". There are now an asylum for every 1,900 Europeans by UNHCR. In Lebanon there are 1.1 million Syrians, a quarter of the total population.

UN Convention on the Law of the Sea

Article 98.2 of the 1982 Maritime Convention stipulates that signatories (the EU is) must "promote the creation, operation and maintenance of a search and ensure adequate and effective rescue maritime safety". Since the end of the Italian rescue operation 'Mare Nostrum' in autumn 2014 the EU has not put in place any rescue service in the Mediterranean as such. The Operation Triton ', the Frontex agency has a mandate only control and border surveillance, in addition to very limited means recognized by its own director. Rescue missions as such are the responsibility of NGOs such as Doctors Without Borders. European leaders hide behind the 'pull factor' for not putting a rescue operation itself up.