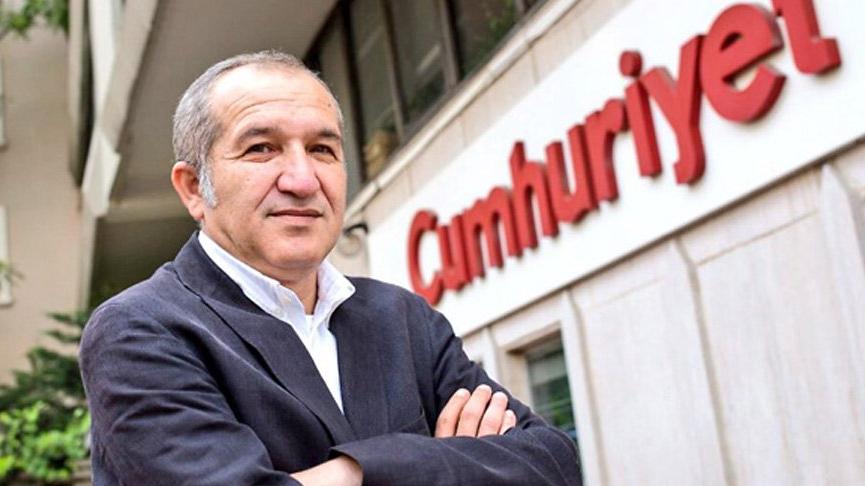 The daily has been fiercely critical of President Recep Tayyip Erdogan and has run front-page stories that have angered the Turkish head of state.

The court in Silivri, outside Istanbul, handed out multiple sentences to 13 journalists and executives for "aiding and abetting terror organisations without being a member" but they remain free pending appeal.

"No penalty can stop us from doing journalism. If needed, we will go to prison again but we will continue to do journalism," editor-in-chief Murat Sabuncu who was among those convicted told AFP after the verdict.

The judge ordered the release of Cumhuriyet chairman Akin Atalay who had been in jail for over 500 days despite his conviction.

Greeted by his wife Adalet and a crowd of supporters shortly after he walked free from prison, Atalay said Cumhuriyet daily would not succumb to pressure or threats.

"As we always say they cannot intimidate Cumhuriyet newspaper which will continue to tell the truth to its readers," he told reporters.

Atalay said that they were taken "hostages" and the newspaper was demanded as a "ransom" but he added: "This newspaper cannot be bought with money ... our colleagues will show how to do journalism."

Accountant Emre Iper was also convicted on the separate charge of making terror propaganda and sentenced to three years and one month.

Three others including the paper's books supplement editor Turhan Gunay were acquitted.

They were all charged with supporting, through their coverage, three organisations that Turkey views as terror groups -- the Kurdistan Workers' Party, the ultra-left Revolutionary People's Liberation Party-Front, and the Gulen movement blamed for the 2016 failed coup.

Supporters of the accused repeatedly said the charges against the journalists were absurd and that the trial was political.

Among those convicted are some of the biggest names in Turkish journalism including investigative reporter Ahmet Sik.

Sik is seen as one of Turkey's most incisive critics of the Gulen movement and in 2011 wrote an explosive book "The Imam's Army" exposing the grip the group had on key Turkish institutions.

He was given a seven-and-a-half year sentence while veteran journalist Kadri Gursel was sentenced to two years and six months.

The court handed cartoonist Musa Kart a sentence of three years and nine months while Sabuncu was sentenced to seven years and six months.

Sabuncu said the punishment meted out by the court was not only given to him "but to Turkey and to press freedom in Turkey" as authorities sought to deter others from real journalism.

However, he struck a defiant tone, adding that Cumhuriyet would "continue to do honest and honourable" journalism.

Gursel said the verdict was "a serious blow" to press freedom.

"This means an ultimatum and a threat directed against people who announced their determination and insistence to do journalism," the commentator told AFP.

Cumhuriyet headlined its report on the convictions with a warning to the Turkish authorities: "You will be shamed in front of history."

"Today's verdict is a turning point for the history of the press. It is the date of finishing off the journalism by means of the judiciary," main opposition Republican People's Party (CHP) lawmaker Sezgin Tanrikulu told AFP.

Amnesty International's Turkey campaigner Milena Buyum lambasted the trial during which the prosecution "failed to produce a shred of evidence" of any criminal wrongdoing.

"These politically motivated sentences are clearly intended to instil fear and silence any form of dissent," she said in a statement.

According to the P24 press freedom group, there are over 160 journalists behind bars in Turkey, most of whom were arrested under the state of emergency imposed after the coup attempt in July 2016.

Turkey ranked 157 out of 180 countries listed in the 2018 World Press Freedom index published by Reporters Without Borders (RSF) on Wednesday, dropping two places.

by Fulya Ozerkan and Raziye Akkoc in Ankara