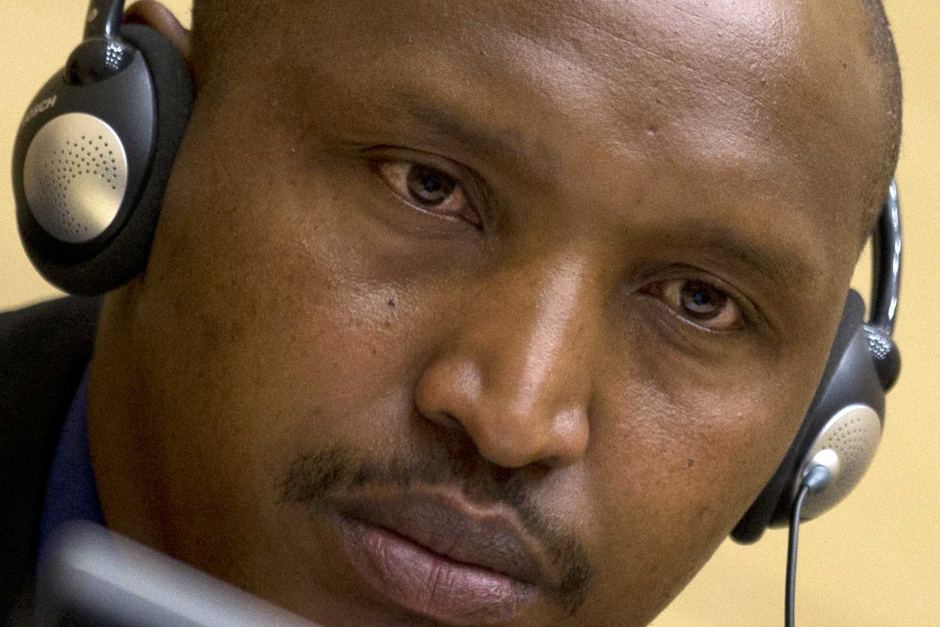 The 18 charges include murder, rape and the recruitment of child soldiers.

Evidence has been gathered from more than 2,000 alleged victims, including former child soldiers.

Nicknamed "The Terminator", Gen Ntaganda's trial is the biggest and most complex case in the ICC's history.

He fought for different rebel groups as well as the Democratic Republic of Congo's army.

The start of the trial was a historic moment for international justice and for the Democratic Republic of Congo.

The 41-year-old is accused of killing at least 800 civilians during separate attacks on a number of villages between 2002 and 2003.

He is also accused of raping girl soldiers and keeping them as sex slaves.

In 2013, Gen Ntaganda handed himself in at the US embassy in the Rwandan capital, Kigali.

He had evaded capture for seven years after the ICC first issued warrants for his arrest.

Bosco Ntaganda was part of the UCP rebel group, led by Thomas Lubanga, who in 2014 became the only person convicted by the ICC.

Gen Ntaganda was one of the leaders of the M23 rebel movement, which had fought government troops until signing a peace deal in 2013.

Eastern DR Congo has suffered two decades of violence linked to ethnic rivalries and competition for control of the area's rich mineral resources.