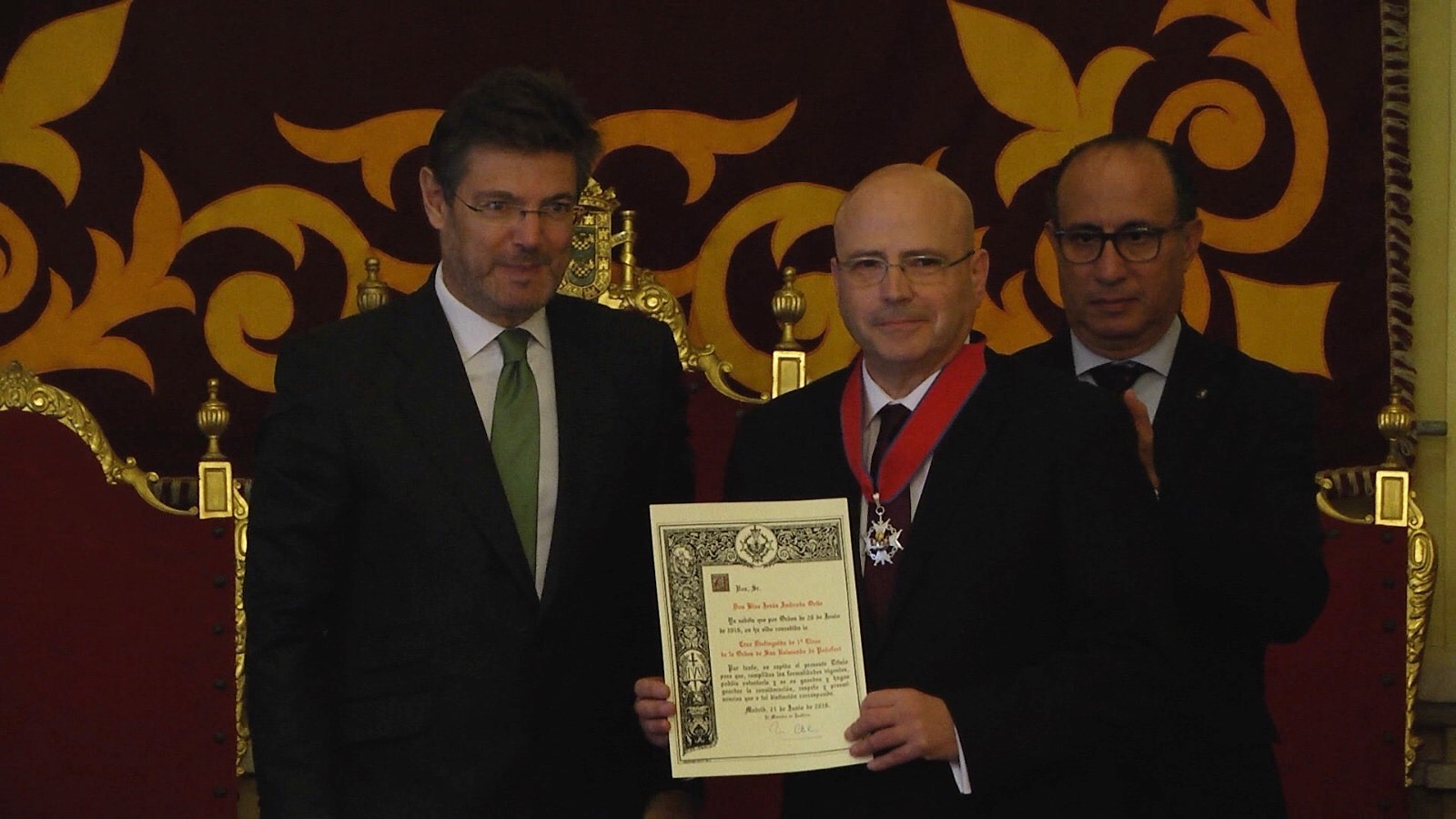 The President of the ICB, Blas Imbroda, Dean of the Illustrious Bar of Melilla, receives the Order of St. Raimundo de Peñafort.

In the Golden Hall of the Assembly Hall, the Minister of Justice Rafael Catalá imposed on Blas J. Imbroda Ortiz the Order of San Raimundo de Peñafort, considered the highest distinction of Justice and which rewards the relevant merits contracted by all involved In the Administration of Justice and in its cultivation and application of the law study in all its branches, as well as the services provided, without unfavorable note in the legal activities dependent on the Ministry of Justice. The Government Board is in charge of informing about the proposals for awarding the Order's decorations.